Horne & Benik Networks has been serving the Marlborough area since 1991, providing IT Support such as technical helpdesk support, computer support, and consulting to small and medium-sized businesses.
Categories
Tags

Public Services are Benefitting from the As-A-Service Model

Let’s face it… “government” and “innovation” aren’t usually associated with one another. Despite the finances that these organizations have, these funds are generally spoken for (on top of not always being used as efficiently as they could be). However, some government operations have started embracing cloud services, which has led to benefits for their entire communities.

Governmental IT systems have steadily become more complex and have needed more and more security in place to protect them. In light of this, there have been significant pushes made to take advantage of outsourcing opportunities working with strategic partners. These include web and application developers, security and network management platforms, and even staffing services that help government agencies handle the traffic that these systems create.

Many people are used to government agency websites crashing because of firm deadlines imposed by these agencies. This has happened time and again; and that’s not the only problem. They have staffing issues and websites/applications that don’t work in the manner that is expected by the citizenry who are being asked to funnel to these platforms. It just causes endless frustration. With partnerships in place, these government systems are still being administered by the various agencies, they are just built to support the people who use them. These partnerships are aiming to revolutionize the relationship between the people and the government; a relationship that traditionally has more downs than it does ups.

The people at the Pew Research Center conducted a poll to measure the trust that the U.S. citizenry has in the government. They found that it has literally never been lower. In establishing computing constructs that help people get the services they need, instead of taking them in an inefficient tour of red tape, the hope is that some of that distrust is replaced with increased confidence in the government agencies using these new methods.

So, what are your thoughts on the government using partnerships with private companies to improve their computing platforms and curry favor with citizens? Do you think that the governments should be using outside vendors? Leave your thoughts in the comments section below and check back to our blog again soon.

When you subscribe to the blog, we will send you an e-mail when there are new updates on the site so you wouldn't miss them.

Automation Can Give You Less to Worry About
The CRM is One of the Most Important Business Tool...

More posts from author
Tuesday, 24 May 2022 5 Technologies You Need to Consider for Your Small Business
Monday, 23 May 2022 Innovation in the Workplace Doesn’t Have to Be an Annoyance for Your Team
Saturday, 21 May 2022 How to Keep Your Workstations Working Reliably 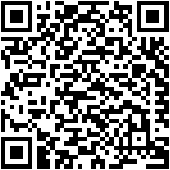